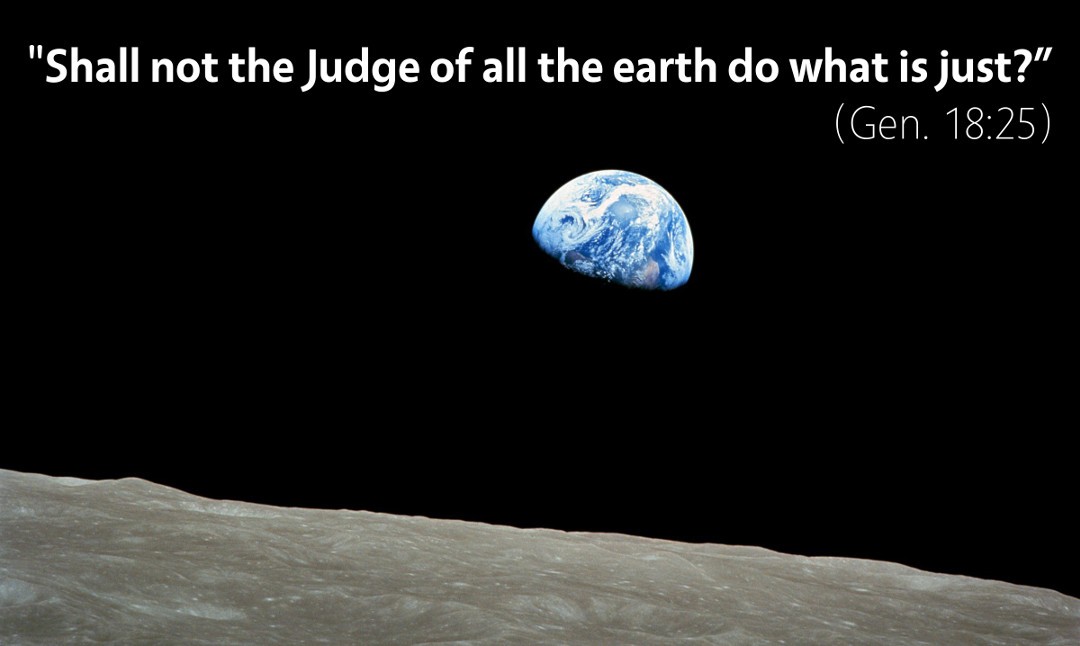 Genesis 18 contains a promise of extraordinary hope and of devastating judgment. This passage in some ways marks both the beginning of Abraham’s redemptive, covenant offspring as well as the end of the wickedness of Sodom and Gomorrah.

Here Yahweh appears to Abraham in the form of three men. There is some debate about whether these three men are Yahweh or whether they are angels accompanying Yahweh, which I do not have enough space in this meditation to explore. Suffice it to say, Yahweh and the three men are discussed interchangeably in this passage. Genesis 18 is not a proof of the Trinity in the Old Testament, but we should nevertheless see a strong hint here that Yahweh exists as three persons.

As they eat together, the men declare that Yahweh’s promise would at last be coming true: by that time next year, Sarah would have a son. We could look down at Sarah for her lack of faith, laughing at the promise of gaining a son, but it is unlikely we would have responded any better. We do not know when Abraham and Sarah moved to Canaan, but we know that at this point Ishmael is thirteen years old (Gen. 17:25), and Ishmael had been born only after Abraham and Sarah had been in Canaan long enough to be desperate enough to give Hagar to Abraham to produce a surrogate son for Sarah, so the promised birth has already been a long time coming.

Even Abraham had prayed that Ishmael might serve as the promised son (Gen. 17:18), but God had insisted the promised offspring would come through Sarah (Gen. 17:19). Both Abraham and Sarah have been stretched to the limit for probably at least two decades, and it is unsurprising that they would have trouble believing they were to receive everything they had hoped for over the coming year.

But while Yahweh brings his promised offspring into the picture, this is also the passage where Yahweh announces his judgment against Sodom and Gomorrah because of their great sin (Gen. 18:20). Interestingly, even though Abraham struggles to believe he and Sarah would conceive a son, he does not hesitate to believe this message of judgment, stepping immediately into the role of mediator to plead on behalf of Sodom—even negotiating to reduce the threshold for the city’s salvation to a mere ten righteous people (Gen. 18:23–33).

This is a beautiful picture of genuine faith. Abraham, with all of his own personal doubts and misgivings, nevertheless pleads with Yahweh, arguing, “Shall not the Judge of all the earth do what is just?” (Gen. 18:25). Faith isn’t the absence of doubt but the willingness to trust—and especially to pray—in the midst of doubt.

What doubt are you facing? Is your response to laugh at God’s promises, or does your doubt drive you closer to God in prayer, like Abraham?