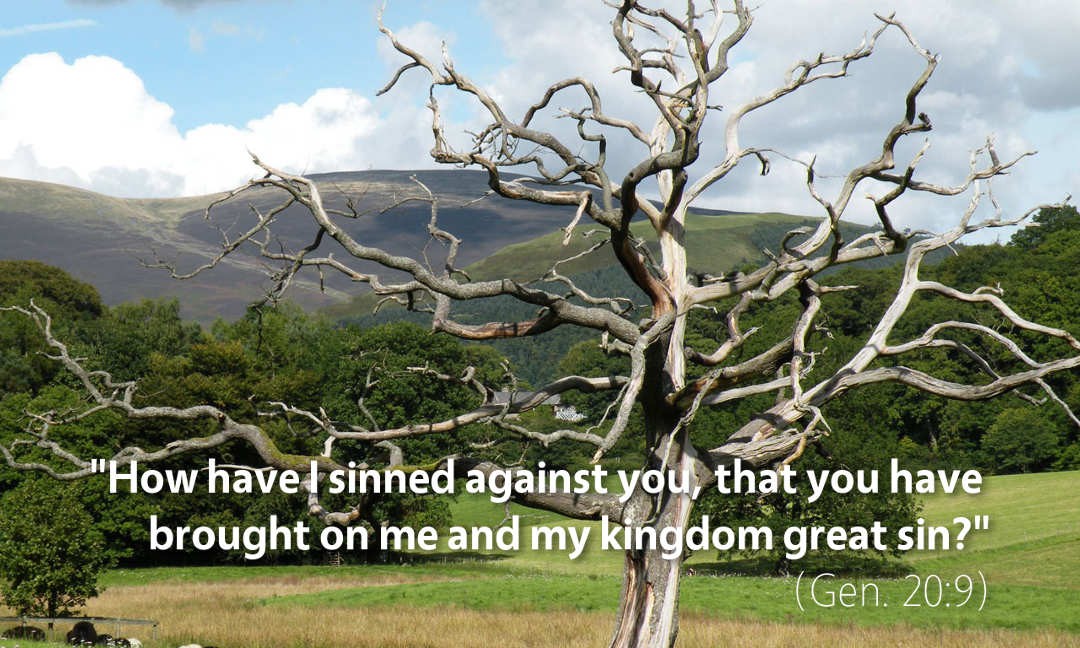 Genesis 20 is the second time we see Abraham lying about his wife to protect his own safety. A nearly identical story takes place in Genesis 12:10–20, when Abram lied to the pharaoh of Egypt, saying that his wife was merely his sister. In that story, God sent plagues against Egypt until Pharaoh let God’s people go by restoring Sarai to Abram. That was a foreshadowing of what God would eventually do to rescue Israel out of Egypt under Moses in the book of Exodus, but the story of Genesis 12 wasn’t Pharaoh’s fault—Abram had lied to Pharaoh out of fear that someone would kill him to take Sarai for himself.

Perhaps we can understand Abram’s fear in Genesis 12, since he had just left his home country to go to a strange land that Yahweh had called him to. And keep in mind that Yahweh was a new God for Abraham—we are told in Joshua 24:2 that Abraham had previously served other gods. In many ways, Genesis 12 represents a young believer making an immature mistake, failing to trust God through a famine (the reason he had left Canaan in the first place) and failing to trust God for his safety in Egypt.

But why on earth does Abraham repeat the same mistake at this point that he had all the way back in Genesis 12? In Genesis 20, we see Abraham lying to a different king, but with the same self-protecting lie, telling Abimelech that Sarah was merely his sister (Gen. 20:2). And once again, Abraham lied because he was worried that someone might kill him to steal Sarah away for himself.

First, we should be reminded from this story that our salvation is all of grace. We tend to forget that, especially when we are thinking about the lives of the great patriarchs like Abraham, whom we tend to idealize. Stories like this remind us that we deserve nothing from God—even if we have been serving him for decades, as Abraham had at this point. Everything we have, we receive freely, by God’s grace through Jesus Christ—just as Abraham did.

Second, we should see in this story a warning not to think too highly of ourselves. If our salvation is indeed all of grace, then we shouldn’t be deceived into thinking that we are above falling into sin—even major sins from earlier in our lives that we have “overcome.” If even Abraham was not above major failures of faith, then why should we think that we are?

Instead, we need to fight to keep the gospel in plain view. We are great sinners in need of a great Savior. That was true when we first believed on Christ, it is still true today, and it will remain true for as long as God gives us breath.