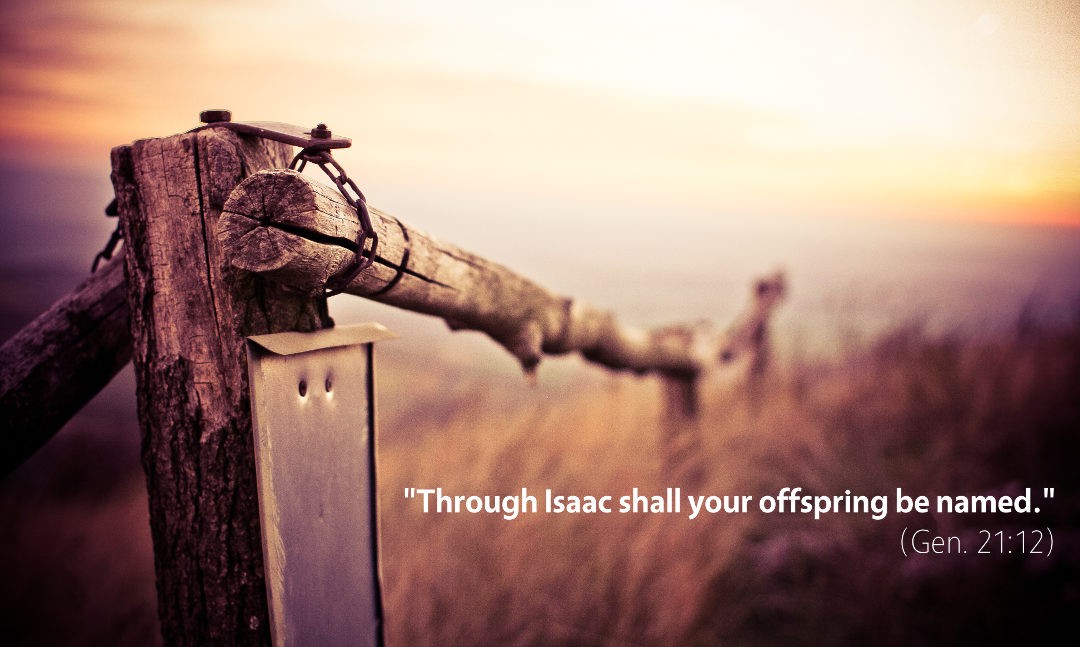 At last, God fulfills his promise to Abraham and to Sarah. Finally, here in Genesis 21, Yahweh visits Sarah, enabling her to conceive, just as he had promised. Despite their old age (Abraham was one hundred years old at this point), God gives Abraham and Sarah a son. As God had instructed them in Genesis 17:19, they name their son Isaac, which means “laughter.” This name serves in part as a reminder that Sarah herself laughed at the idea of bearing a son in her old age (Gen. 18:12), but it also speaks to their overflowing joy at receiving their promised son.

Importantly, we also read in Genesis 21:4 that Abraham circumcised his son on the eighth day, just as God had commanded him to do. The sign of God’s covenant was cut into the flesh of the promised offspring according to the word God had spoken in Genesis 17:19: “Sarah your wife shall bear you a son, and you shall call his name Isaac. I will establish my covenant with him as an everlasting covenant for his offspring after him.”

But surprisingly, even though Sarah now has her own son, she still feels great animosity toward Hagar—and it doesn’t help that Hagar seems to have been mocking Sarah in some way (Gen. 21:9). So, Sarah insists that Hagar and Ishmael be cast out of Abraham’s household, and God authorizes Abraham to do so, in spite of Abraham’s misgivings: “Whatever Sarah says to you, do as she tells you, for through Isaac shall your offspring be named” (Gen. 21:12).

The main question raised in Genesis 21 is this: If Abraham has two sons, which son is considered his “offspring”? This is not a question about biological paternity but about God’s promise. Again, the promise God makes to Abraham to give him an “offspring” is not merely to say that God would give Abraham a son but rather that God would give Abraham the promised offspring from Genesis 3:15—the offspring who would crush the head of the serpent and destroy the curse of sin and death in God’s creation.

Meditate on Galatians 3:16: “Now the promises were made to Abraham and to his offspring. It does not say, ‘And to offsprings,’; referring to many, but referring to one, ‘And to your offspring,’ who is Christ.”