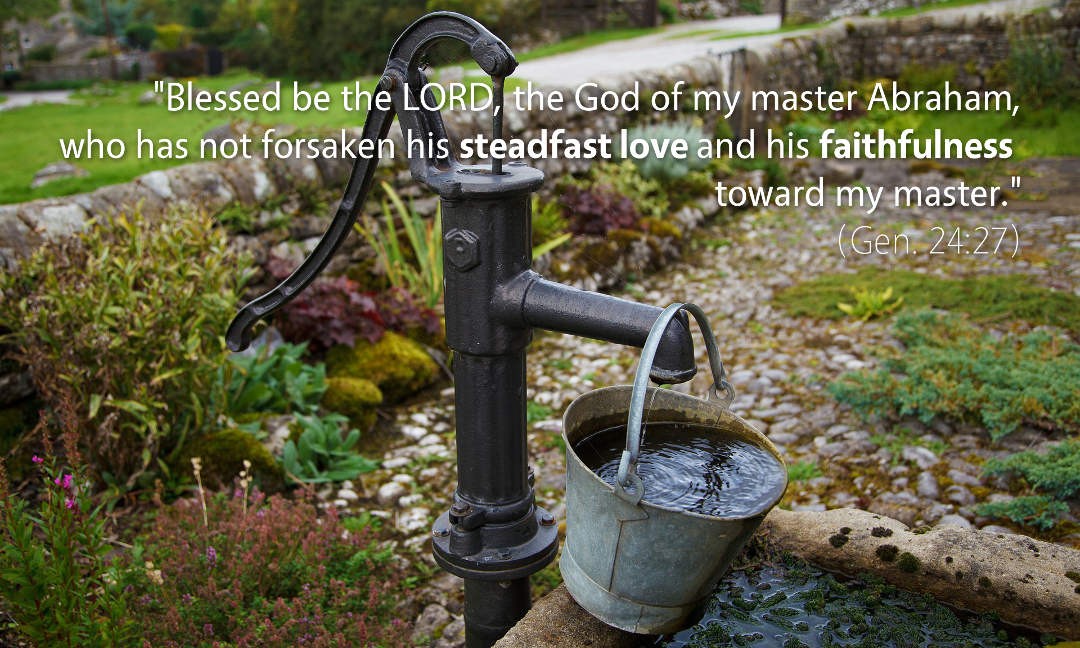 Yesterday, in Genesis 23, we read about the death of Sarah, Abraham’s wife. Today, in Genesis 24, we see Abraham himself approaching death. He too will not live to see God’s promises fulfilled. So, Abraham makes plans to help his son Isaac continue to serve Yahweh faithfully after he dies.

First, Abraham refuses to allow his son Isaac to marry one of the daughters of the Canaanites (Gen. 24:3). Instead, he asks his servant to go back to his old country to find Isaac a wife from there. It isn’t that Abraham’s old country is filled with devout worshipers of Yahweh—we know from Joshua 24:2 that Abraham and his family were idol worshipers before Yahweh specifically called Abraham to follow him.

But at the same time, we also know that the Canaanites were particularly wicked. In Genesis 15, when Yahweh cut a covenant with Abraham, he explained the reason that Abraham and his offspring would not immediately inherit the land of Canaan: “the iniquity of the Amorites is not yet complete” (Gen. 15:16). The Amorites (Canaanites) were so wicked that Yahweh would eventually expel them from the land; however, Yahweh was also mercifully delaying their judgment until their iniquity was so heinous that justice demanded their annihilation. Abraham refuses to let his son marry such a woman.

And so, Abraham’s servant meets Isaac’s wife, Rebekah, at a well. This is the first time in the Bible that one of God’s servants finds their wife at a well, but it is not the last. Later, Isaac’s son Jacob would meet his future wife Rachel at a well (Gen. 29:1–12), and Moses would meet his wife, Zipporah, at a well (Ex. 2:16–22).

It is of no small significance, then, that Jesus ultimately met and spoke with a Samaritan woman at a well in John 4, asking her about her husband. Jesus had come as the great bridegroom to take for himself a people as his bride, and he demonstrated his deep love by singling out a woman to meet at a well, just as Isaac, Jacob, and Moses had done before him. It wasn’t that Jesus was only seeking that one woman, but he sought out this one undeserving woman to show us that he is seeking other miserable sinners like you and me along with her.

So, Abraham preserves his son’s faithfulness to Yahweh in Canaan by bringing him a bride. In the same way, Jesus preserves our faithfulness by seeking us out to become his bride.