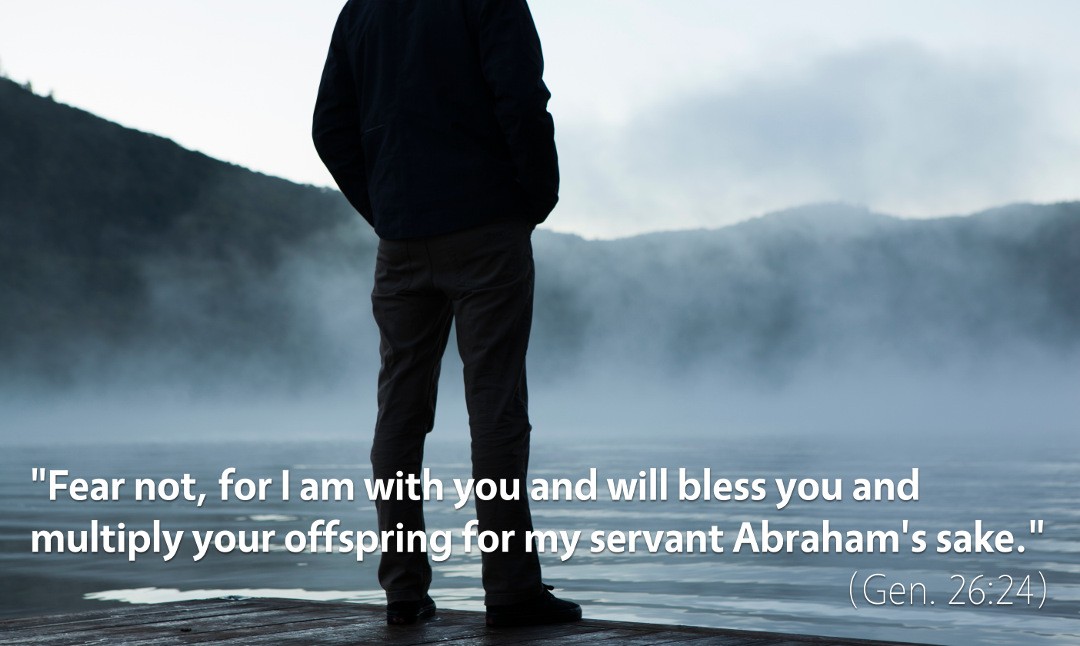 Like father, like son. Or, to borrow a more Hebrew idiom, a father has eaten sour grapes, so his son’s teeth are set on edge (Jer. 31:29; Ezek. 18:2). What Abraham foolishly did twice in his lifetime—lying about the fact that his wife was, in fact, his wife to protect himself—we now find Isaac doing in Genesis 26:6–11.

Even more, we see the troubles between Isaac’s herdsmen quarreling with the herdsmen of Gerar that look almost identical to the disputes Abraham’s herdsmen had with Lot’s herdsmen back in Genesis 13—a dispute that ended with Lot heading to Sodom and Gomorrah, which ended with Abraham needing to rescue him from the king of Babylon and his allies (Gen. 14), and then with two angels of Yahweh rescuing Lot before pouring out wrath on the city.

But if we notice that Isaac seems to be repeating many of Abraham’s mistakes, we should also notice that Yahweh is repeating similar covenant promises to Isaac that he had made to Isaac’s father, Abraham. First in Genesis 26:1–5, Yahweh intervenes to prevent Isaac from going to Egypt in the middle of the famine, assuring that he would bless Isaac, give to Isaac and his offspring all the lands of Canaan, multiply Isaac’s offspring as many as the stars in the heavens, and bless all the nations of the earth through Isaac’s offspring. These promises are identical to what Yahweh swore to Abraham in Genesis 12:1–3 and Genesis 15:5.

Later, Yahweh appears again to Isaac, assuring him again after the quarrel with the herdsman of Gerar that “I am the God of Abraham your father. Fear not, for I am with you and will bless you and multiply your offspring for my servant Abraham’s sake” (Gen. 26:24). Why is Yahweh extending so much grace to a man who has already begun to fall into the sin patterns of his father?

The first reason is that Yahweh is keeping the promises he had made to Abraham. For as many mistakes as Abraham might have made, Yahweh had sworn a covenant with Abraham, promising to go so far as to be torn in two if Abraham or his offspring should break the terms of the covenant (Gen. 15:17). So, Yahweh is keeping his promises “for my servant Abraham’s sake,” but also because Yahweh has bound up his own glory in his covenant promises to Abraham.

And second, the offspring of Abraham through Isaac was the means through which Yahweh would save the world. As we have seen so many times already, Yahweh is raising up the offspring of the woman who would crush the head of the serpent.