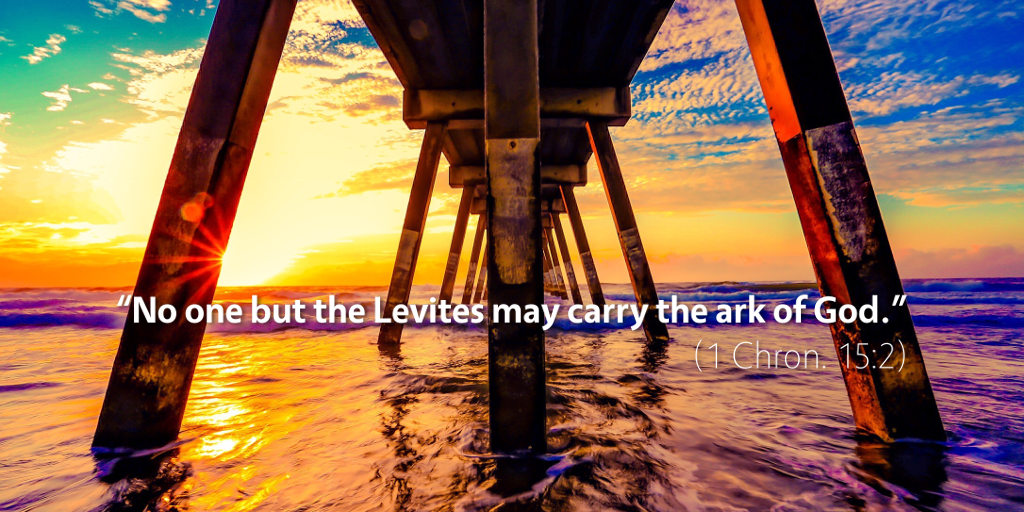 As we start getting deeper into 1 Chronicles, we begin to see the ways that the Chronicler writes about the events from the books of Samuel and Kings from a different perspective and with a different goal. In 1 Chronicles 15, we see our first major retelling of a story—the entrance of the ark of the covenant into Jerusalem—which provides two new pieces of information that change the tenor of the story from what we read in 2 Samuel 6.

First, the version of this story we read in 2 Samuel 6 exclusively emphasized the way that Yahweh had struck down Uzzah for reaching out to steady the ark, since the Israelites had brought the ark in on a cart pulled by oxen (2 Sam. 6:1–15). Now, we do find that same story recorded for us in 1 Chronicles 13:5–14; however, here in 1 Chronicles 15, after a brief acknowledgement of what happened with Uzzah (1 Chron. 15:13), we find entirely new material about the second (and successful) transportation of the ark into Jerusalem, when the Levites carry it according to Yahweh’s commandment from Numbers 4:1–15. Here, David insists that “no one but the Levites may carry the ark of God, for the LORD had chosen them to carry the ark of the LORD and to minister to him forever” (1 Chron. 15:2). These passages in 1 Chronicles 13 and 15 do point out David’s error in initially carrying the ark on a cart, but we also see his willingness to repent and lead the people of Israel according to the Mosaic law.

Second, David also commands that the Levites should sing and play loudly on musical instruments (1 Chron. 15:16–24, 28). David’s organization of the Levites (especially to play and sing music) is one of the significant emphases of this book (see 1 Chron. 23–26), despite the fact that we read nothing about David’s role in this in 1 and 2 Samuel. Furthermore, we read nothing whatsoever in the Mosaic law commanding that the Levites should play music, suggesting that this arrangement is something David himself instituted, acting as a new lawgiver, as discussed in yesterday’s meditation.

This story, then, reflects a critical principle for understanding Christian worship in the light of Jesus. We do believe that Jesus has fulfilled and therefore abolished certain aspects of worship (e.g., the sacrificial system) and also that Jesus has commanded the continuance of other aspects of worship (e.g., singing, but also prayer and the reading and preaching of God’s word). Jesus’ reformation of worship, then, is not about getting rid of the “bad” and replacing it with “good,” but rather about fulfilling what merely pointed forward to him and then continuing all that still serves a purpose. As we gather weekly, we worship our great Messiah with the elements he himself has established for us.