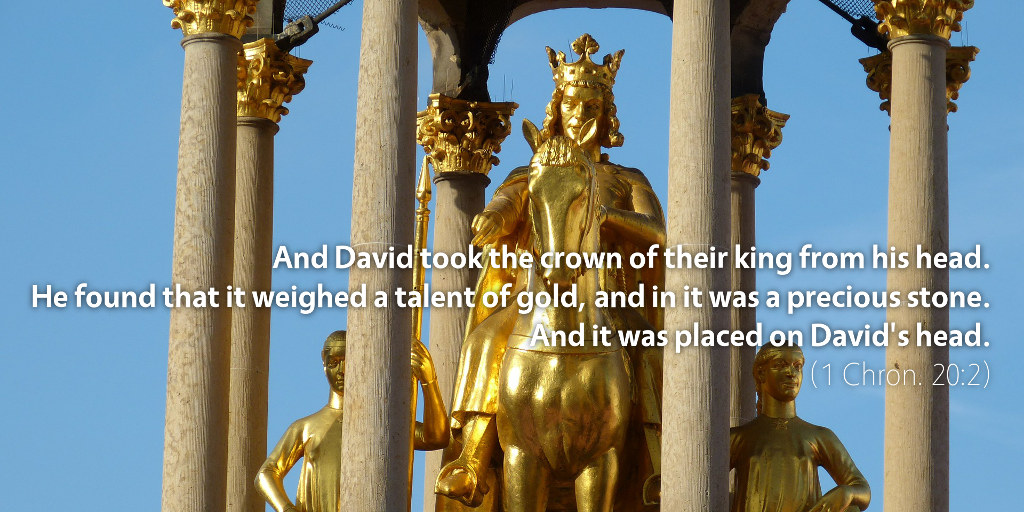 The stories in 1 Chronicles 19 of how the Ammonites shame the servants of David and how the Israelites respond by defeating the Ammonites in battle are also found in 2 Samuel 10, and the details are largely similar. But the first story we find in 1 Chronicles 20 about capturing Rabbah doesn’t take place until the end of 2 Samuel 12, and the story of fighting with the Philistines doesn’t happen until 2 Samuel 21. So, what stories from 2 Samuel 11–12 and 13–20 does the Chronicler skip? In fact, those are the chapters where we read about David’s sin with Bathsheba, as well as the rebellion of David’s son Absalom. The account in the Chronicles skips David’s great sin and the consequences of that sin entirely.

Furthermore, the account of the battle with the Philistines in 1 Chronicles 20 leaves out the critical detail from 2 Samuel 21 that, during the battle, the aging King David grows weary, so that Ishbi-benob tries to kill him until Abishai the son of Zeruiah comes to David’s rescue. After that battle, David’s men swore to him, “You shall no longer go out with us to battle, lest you quench the lamp of Israel” (2 Sam. 21:17). Where 2 Samuel had vividly illustrated the limitations of David, the retelling in the Chronicles removes any suggestion that the lamp of Israel might ever be quenched.

But why? It isn’t as though the Chronicler is trying to sanitize David’s story to present a historically revised version of the authentic, sinful, and weak David. Instead, the retelling here is not written to look backward at David but to look forward to the story of the coming Messiah. The Chronicler tells a different story than the author of the books of Samuel and Kings, even though he uses the same histories to tell his story.

All of this, then, is written to announce the glory of Jesus Christ, who would not fall into sin and whose lamp would never be quenched—not even by death itself. The reign of Jesus is like the reign of David, but it extends so much further than David’s so as to bring the glory of David to nothing in light of the spotless, eternal glory of the kingdom of Jesus Christ. Brothers and sisters, gaze upon the story of King David from the Chronicles so that you may there behold your true King, the Lord Jesus Christ.